I received a life-saving heart transplant in 2017 and will be forever grateful. 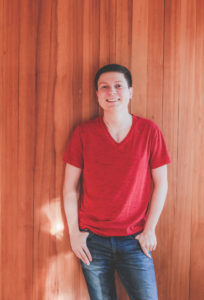 The events leading up to my complications seemed somewhat innocuous until days before my admittance into the hospital.

The first thing that was ever noticed was that back in 2011, I felt a strange pain in my chest that traveled up my arm during Cross Country practice at school. I was checked out by the doctor and told that everything was fine, and that I could go back to practice the next day. Life resumed as normal all the way until May of 2017.

By this point I was in college studying for finals and writing an essay in my dorm room. All of a sudden, I was struck with a pain in the right side of my chest (opposite the heart), though it was quite dull. I thought it to be some kind of mild heartburn, ignored it, and took a few deep breaths. In the following seconds, it only got worse and more unbearable and the pain became piercing. I stood up and couldn’t find a way to ease the pain as it worsened. I notified my roommate who was watching TV at the time, and he immediately began escorting me to the campus’s medical area. I didn’t end up making it there, and instead wound up at the bathroom on the floor below ours, feeling sick. I was trembling, hurt, and scared. My roommate called the emergency medical team and they arrived quickly. My episode had subsided, and my roommate drove me to the Emergency Room. I was evaluated and told that I had experienced a panic attack.

For the next few months, I went about life believing that I had come down with some kind of anxiety and saw all sorts of psychologists and took medications to help. I tried meditation and getting massages as well to try to ease out any potential anxious feelings. Another, slightly different kind of episode happened at a friend’s house, and I had to call my parents and ask them to bring me home. My chest ached for the rest of that night. 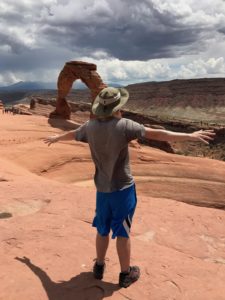 Later, in July, my family and I went on a vacation; a hiking trip through national parks in Arizona and Utah. After visits to quite a few parks, we arrived at Arches National Park in Utah. I hiked all the way to Delicate Arch with my family. At the top I was running around, posing and taking pictures and all was well. I never made it all the way back down, at least on my own feet anyhow. About halfway down the rock face from the Delicate Arch, I felt an immense pain in my chest and my legs gave out. I called out to my mom, and my whole family rushed to my side. I laid down on a rock under the shade of a tree for quite a while before my sisters managed to run down and notify a park ranger. He arrived and assessed me. Passersby offered water, thinking that I was perhaps dehydrated from the heat. I was eventually strapped into a one-wheeled stretcher device and wheeled down the mountain by a dedicated team of park staff. My blood sugar was taken once we made it down, but all seemed to be in order.

For the rest of the trip, I felt terrible, but managed to complete parts of hikes and generally still have a decent time. My mother was extremely worried. After the trip, we came home. I only had one day at home before I left for another trip; a trip to my friend’s cabin in Leavenworth, WA. As a result of my mother’s worry, she took me to our naturopath to have my blood drawn. The next day we received an early-morning, frantic call from the naturopath. She was extremely worried about my results and asked us to come in right away. We arrived at the office before it was even supposed to properly open, and she presented us with worrying information; my liver had become enormous and inflamed, among some other issues. She directed me to get scanned at a medical imaging facility.

Once at the imaging facility, I was evaluated, and eventually the doctor called my parents into the hall, alone. Something was extremely wrong with me, and I was to be sent to the hospital immediately. I arrived at the hospital, apparently in need of a heart valve replacement, which, at the time, was a huge undertaking for me. The choice between a mechanical 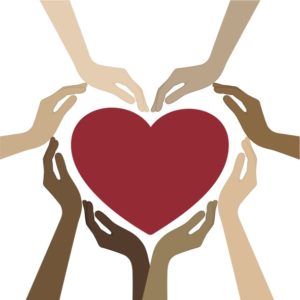 valve and an organic pig-derived one was a huge decision for me. I was referred to UW Medical Center for the surgery and arrived by ambulance. I spent the night there, and in the morning, I was soon on my way to receive a coronary angiogram. I was supposed to see my parents again in an hour after the imaging was complete. I was told that shortly after this time, or somewhere near it, I flatlined and had to be resuscitated. I had the surgery for the heart valve and was placed on ECMO for nearly a week before the doctors decided that my heart was still not beating sufficiently. The next thing I remember, was that I awoke slowly, severely hallucinating, in a hospital bed, atrophied and unable to move or speak, with an artificial heart pumping away inside of my body.

It took me a few days before the anesthetic had worn off enough to comprehend the situation I was in and to realize just what that loud machine I was connected to really was. For about a month or so, I remained on the artificial heart, and was able to get onto the transplant list relatively quickly. After only 8 days of being listed, on September 9th, 2017, I received a heart transplant. Within about another month or so, I was admitted back home to recover and get my life back on track.

I am eternally grateful to the wonderful doctors, nurses, and other folk who helped me to get through my days in the hospital. I am also grateful for my ever supportive and loving family for always being there, my friends for visiting me, and my roommate for taking the initial situation into his hands and helping me through it. All the people that heard about my situation who prayed or otherwise hoped for my recovery, I cannot thank you all enough either. My final thanks will go to the as-of-yet unknown person who generously donated their organs and whose heart I received.